Enid Clarke is a Norfolk born artist who, after exhibiting widely throughout East Anglia with her flower paintings, began to develop a fascination for still life miniatures.  In 1983, she was fortunate in meeting a nationally known miniaturist from whom she received tuition in the specialised art of miniature painting.
As well as exhibiting in major London galleries, Enid has sold to many well-known members of the public and her work is in private collections in the UK, USA, Canada, Spain and France.
Enid’s work was accepted and hung in the Royal Miniature Society’s Annual Exhibitions and in 1987 she was elected an Associate of that Society and promoted to full membership in 1997.  Her paintings have been accepted and hung in the Royal Academy’s Summer Exhibitions and she has achieved much recognition and awards including:-
1989: The Rose Bowl Award for Best Miniature from the Society of Miniaturists in Yorkshire.
1990: Gold Bowl Honourable Mention from the Royal Miniature Society.
1997: Certificate of Excellence for an “Outstanding Set of Miniatures” from the Llewellyn Alexander’s Exhibition of over 800 miniatures.
1999: Runner-up for “Best Set of Six Miniatures” in the Royal Miniature Society Annual Exhibition. 2000: Exhibited with the RMS at the World Exhibition of Miniatures, Tasmania, Australia.
2004: World Exhibition of Miniatures held in the Smithsonian Complex, Washington DC, USA, with the RMS.
I still wanted to paint still life as before because I loved the challenge of taking quite humble objects and trying to make them into something beautiful.  There is no limit to what can be used and when arranged in a pleasing composition can make a very appealing picture.
As I progressed it reached the point where Sheila suggested I should submit something to the Royal Miniature Society’s Exhibition in London.  To my surprise my work was accepted and I now had the pleasure of knowing I had a painting on show in London.
I received invitations from other galleries, including the Medici Gallery, to show my work.
The next step was to try sending to the prestigious Royal Academy Summer Exhibition and it was no surprise when my first attempt was rejected.  However, I did not give up and was rewarded when for the next twenty years I had work accepted regularly.  I always attended Varnishing Day which was for exhibiting artists only.  We all assembled at the gallery where we joined a procession, usually headed by a band, to St. James’ Church in Piccadilly for the Artists’ Service.  We returned to the Academy where we were all looking to see where our pictures were hung and chatting with the artists before enjoying a splendid lunch. 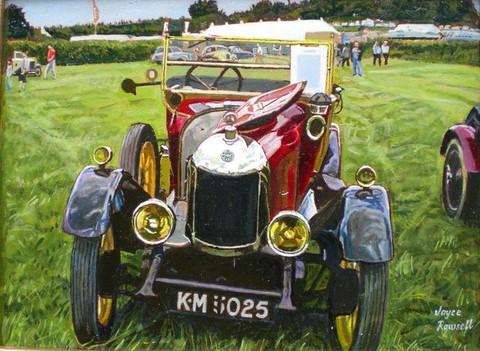 Twenty-nine years ago, Joyce joined the Hilliard Society of Wells in Somerset and has been painting miniatures in oil ever since.

She soon began showing her work in the 'Million Brushstrokes' Exhibitions at the Llewellyn Alexander Gallery in London. She has shown with them every year, and has been the lucky recipient of many of their generous Awards. She has also taken part in other exhibitions in Bristol, Windsor and Tavistock and puts on a one woman show every other year with Somerset Art Works.

Also last year she was asked to take part in an exhibition at St Paul's Cathedral in London in October 2010, to celebrate the anniversary of the opening of the cathedral three hundred years ago. This ran from 20th September to 15th October.

She showed at the New Orleans Gallery, Twickenham, London from 2nd Oct. 2010 - 23rd Jan 2011 in the Making it/Faking it Exhibition.

She has shown widely in the USA with galleries, but also with the miniature Art society of Florida, the miniature Painters, Sculptors and Gravers Society of Washington DC the Cider Painters of America and the Roswell Fine Art League/New Mexico Miniature Art Society. Over the years she has received well over 70 prizes and awards for her paintings from various Societies and Galleries in England and USA. As a result she was elected a Miniature Artist of America in 2006. This honor given to:-

"Outstanding Practitioners in the field of American Miniaturism who are consistent award winners in major Miniature Art Competitions".

Joyce is also very proud of being a full member of the Royal Miniature Society of Painters Sculptors and Gravers. She has been twice runner up for the gold bowl in 2005 and 2006. Also in 2006 she was very proud to receive the Presidents prize. In 2007 she was delighted to win the Llewellyn Alexander Award. In 2010 she received a lovely silver plaque given by Rozmar Booth in memory of Peter Charles Booth.

The miniature Art Society of Florida, the Hilliard Society and the Dutch Foundation of miniature Art have all brought examples of her work for their permanent collections.

Articles about her and reproductions of her paintings have appeared in the Somerset Magazine, the Artist magazine (UK) and the Countryman.

For her external History of Art Degree from London University Joyce revised her French and learned Italian. Her main subjects were 17C Baroque Painting and 18C English Architecture. These subjects she thoroughly enjoyed. 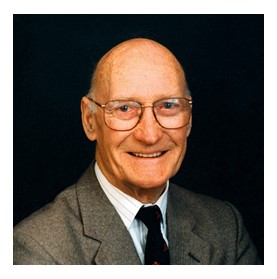 Julian was born in Minehead in 1920 and began painting as a hobby over 50 years ago. He became a member of the Gt. Yarmouth and District Society of Artists in 1961 and after serving on the Committee for many years was Chairman from 1977 to 1983.

Julian’s interest in art was aroused when he was just 5 years old by 2 large pencil drawings on the wall of his front room. The first drawing was a clearing in the forest with a lady on a white horse placing a letter in the cleft of a tree. The emotion it aroused was one of expectation and excitement. The second picture was of the same scene and characters but the emotion was one of rejection, dismay and fear. Julian was deeply moved by these pictures and the impact has remained to this day stirring a love of detailed pencil drawing.

Whilst working as Divisional Youth and Community Officer he met Teddy Moore, Winston Churchill’s toast master during the second world war. Realising that Julian was in a stressful job he advised him to take up painting but when Julian said he didn’t have time to paint his reply was “If Winston Churchill could find time during the war what is wrong with you?” He took this advice and started to draw and paint.

Following his retirement in 1980 from the Youth and Community service Julian has devoted much more of his time to painting. He works in a variety of mediums including oils, watercolours, pastels and pencil. The majority of his detailed pencil sketches are done on location. Julian has had his work accepted for the Royal Miniature Society’s Annual Exhibition in London since 1985 and was elected an Associate Member in 1990 and a full Member in 1995. His miniatures have been included in 2 world exhibitions of miniatures and he is featured in the RMS Centenary Book, a copy of which is held in the Queen’s Library at Windsor. Two of Julian’s pencil drawings are in the Jubilee gift book presented by the Society to Her Majesty, Queen Elizabeth.

Julian has played a prominent role in pioneering the Society’s Permanent Collection scheme and having served since its inception retired as Chairman of its Management Committee in 2014. Over the years Julian has spent much of his time promoting art exhibitions in the area and was a founder member of the James Paget Hospital Arts Committee. He was also a member of the Great Yarmouth Library Gallery Advisory Group.

In 2001 at the invitation of the James Paget Healthcare Trust Julian held a one man retrospective exhibition at the hospital showing a wide selection of his work covering a 40 year period.

In 1990 Julian was granted Honorary Life Membership of the Society in recognition of his long and dedicated service and in 1994 was elected as the Society’s President, a post he held for 20 years. In 2011 Julian’s fiftieth year was celebrated by the Society.

We are deeply saddened to hear of the death of Joan Willies who slipped away in her sleep, surrounded by her family 14th October 2018 aged 88.
Joan painted and studied Miniatures from the age of eleven, and was a member of the Royal Society of Miniature Painters, Sculptors and Gravers for 42 years.
She was also a member of an elected group of miniaturists, Miniature Artists of America. Other memberships include the Miniature Art Society of Florida (honorary member) and the Washington Society of Miniature Painters, Sculptors and Gravers, the oldest miniature society in the United States.
Her favourite subjects included English cottages, children in Victorian settings, trompe L'Oeil, still life, shade profiles, land and seascapes, waterfalls and flowers. She also produced collector doll house miniatures, finely detailed paintings in 1/12th scale.

Joan painted commissions in her studio, and taught Miniature painting to students aged 10 – 80. She also travelled to give workshops in many parts of North America and Europe.

Deeply concerned with the protection of the Art of the Miniature, Joan was an advocate of the exacting standards of the 120 year old Royal Miniature Society by giving demonstrations and lectures, appearing on television and by writing articles and books on the subject.
Joans family are establishing a foundation to provide financial assistance to art students wishing to further their knowledge of the art and technique of miniature painting as a legacy to Joans lifetime commitment to the tradition of painting in Miniature. The funds raised will go in full to providing grants to art students.
Please click here to donate. 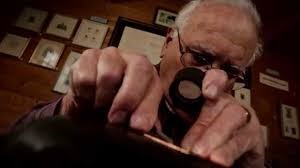 We are deeply saddened to hear of the death of Roy Cooney who passed away peacefully with his family at his bedside 14th April 2018 aged 82.
Roy trained and qualified under apprenticeship as a copperplate engraver and cartographer and studied painting and drawing at the Somerset College of Arts.
He produced limited editions of pictorial copperplate engravings and commissions for heraldic and pictorial ex-libris bookplates from his home in Taunton.
Roy became internationally recognised through exhibition of bookplates and small graphics in many countries and his work is held in institutions, galleries and private collections around the world.
Roy exhibited with the following societies and has won many awards for his work including the RHS Gold Medal.
Royal Society of Printmakers
Royal Horticultural Society
Royal Miniature Society
Royal West of England Academy
Hilliard Society
Society of Botanical Art
Medici Society
World Exhibition of Miniature Art
Bath Society of Art 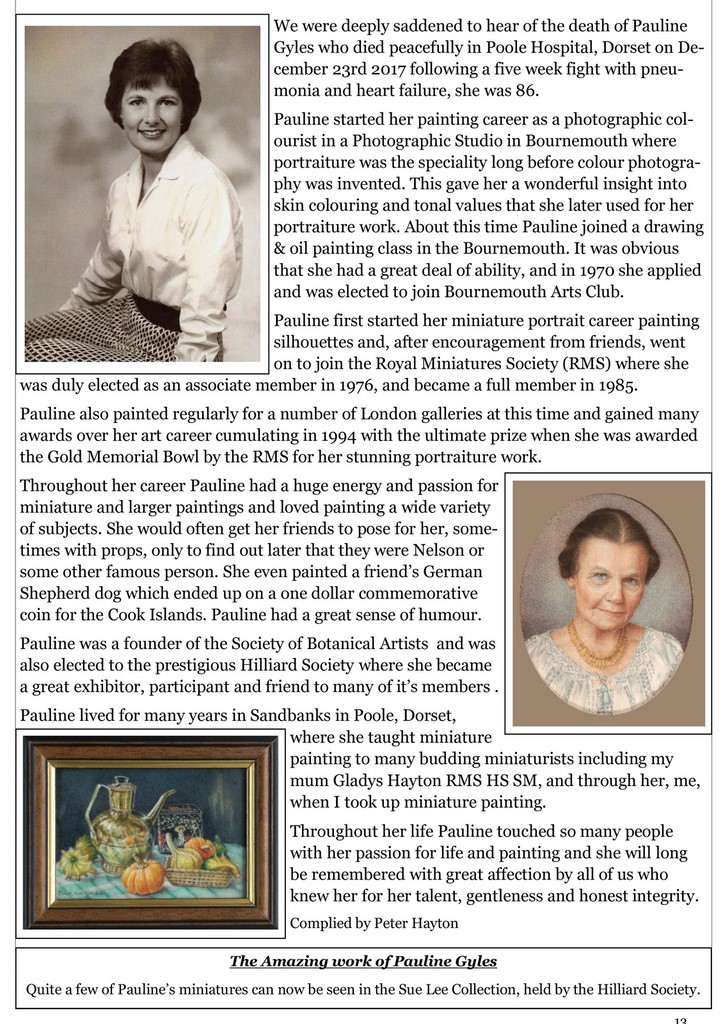