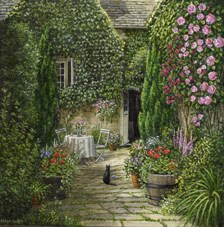 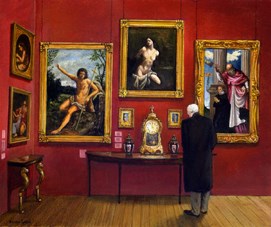 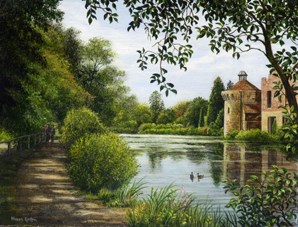 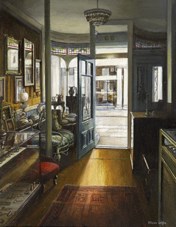 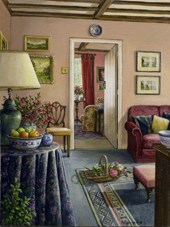 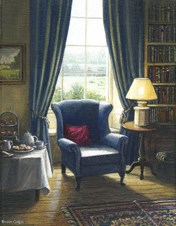 Alison now lives in Tenterden, Kent but still has her studio in Maidstone where she works and holds part time classes in miniature painting techniques. She originally studied for a B.A. in graphic design at Bath Academy of Art, Corsham, Wiltshire from 1971 to 1974 and began painting professionally in 1976 when she exhibited works with Francis Iles Gallery in Rochester, Kent and with the Royal Institute of Painters in Watercolour at the Mall Galleries in London.

Alison always worked in minute detail and on a small scale and it was suggested she became a miniaturist. She found that she loved the discipline of miniature painting and became an associate member of the Royal Miniature Society in 1998 and a full member in 2001. She has won numerous awards for her paintings with the RMS and in 2007 won their top award, the prestigious Gold Memorial Bowl.

She loves to paint cottage interiors and landscapes in acrylic or watercolours and is fascinated by the dramatic use of light and shade to create atmosphere in her work.
Her work can be found in many private collections and has been reproduced as limited edition prints by Rosenstiels and herself and as greetings cards by Medici and Lings.