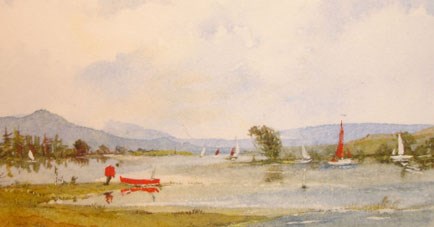 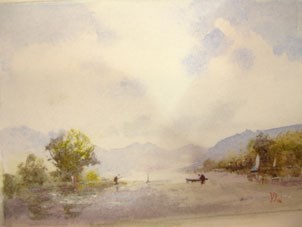 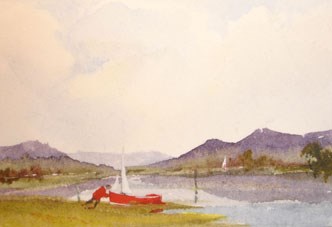 David’s principal concerns are to portray the immensity of the landscape, its atmosphere, light, colour and texture, and the ‘treatment’ of its edges.  He works between direct response and imagination to produce landscapes and seascapes.
There is an intention to evoke a feeling of place.

He has exhibited in Paris, Geneva, Stockholm, Malmo and Lundt, and in Northern Ireland with the Ulster Miniature Society.
As a mature student, David obtained a First Class Honours Degree in Fine Art at Hertfordshire University. His work is in the collections of Barclays and National Westminster Banks.