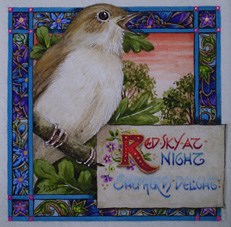 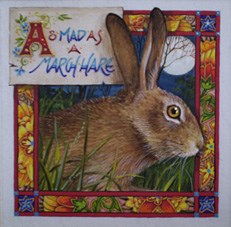 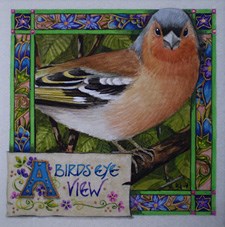 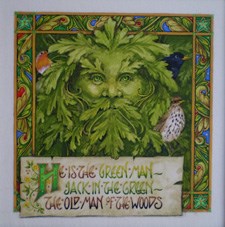 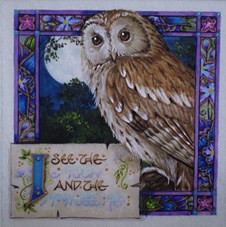 Debby was born in Newport Pagnell, Bucks, in 1954, and has been painting professionally ever since 1978. Entirely self taught, she works mainly in Watercolour and gouache, intricate paintings are keenly collected both in the UK and abroad.

In March 1999, Debby was honored to be elected a member of the Society of Women Artists and was a council member and Honorary Secretary for several years.

In March 2000 she was presented with the Alexander Gallery Award for the most outstanding painting of the exhibition by the SWA's patron, HRH Princess Michael of Kent, at their annual exhibition.

In September 2001, Debby was elected associate member of the Royal Society of Miniature Painters, Sculptors and Gravers, followed by election to full membership in April 2004.

In March 2003, she won the HRH Princess Michael of Kent Watercolour Award for the 'most Outstanding Watercolour' at the SWA's 142nd annual exhibition.

In 2005, 2007 and 2008 Debby has won the Llewellyn Alexander Gallery 'Masters Award' for her miniature painting at their annual Million Brushstrokes Exhibitions-the largest exhibition of miniature works in the UK, and she has also exhibited paintings at the World Miniature Exhibition at the Smithsonian, Washington in the United States.

At their annual exhibition at the mall galleries in 2007, The RMS honored Debby with their group award for the best group of six miniature paintings.

Debby's miniature paintings are on Calfskin vellum. Traditionally used for manuscripts and works of art since medieval times, it is still hand prepared using centuries old methods by W Cowley Parchment works, who have been at the riverside premises in Newport Pagnell for 150 years.

Since her election to the Royal Miniature Society, Debby has been exploring new techniques painting on this expensive and difficult to work with material. The luminosity and vibrance achieved with Watercolour on vellum is quite remarkable, and not normally associated with the medium.