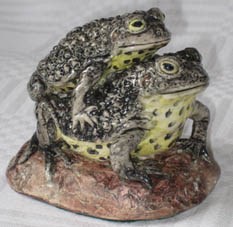 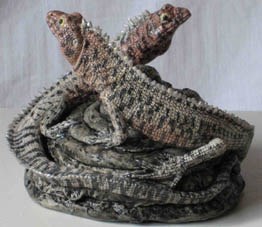 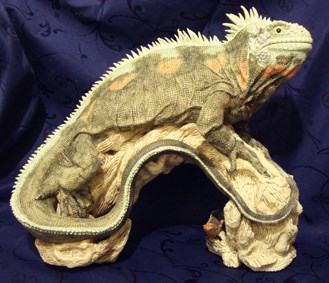 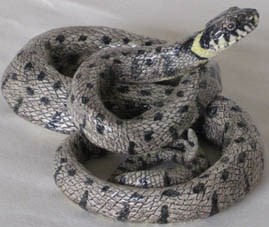 I work from a studio at my home in York where I have been accompanied by a menagerie of rescued reptiles and amphibians over many years.  I create sculptures of these creatures and other wildlife in stoneware or porcelain clay, each being individually modelled and intricately detailed and fired in an electric kiln. They are enhanced by further firings to fix the various glazes, enamels and lustres.  My intention is always to create a strong sense of realism whilst at the same time, enhancing the animals’ most beautiful and decorative characteristics.  Although much of my work is on a larger scale, the seemingly infinite variety of wildlife - my favourite reptiles, amphibians and insects in particular – allows me considerable scope in my choice of subject matter for the category of miniature work.