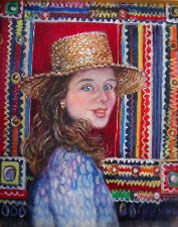 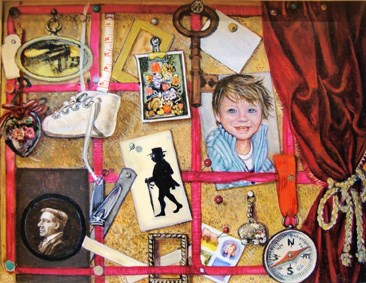 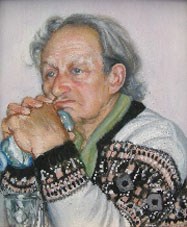 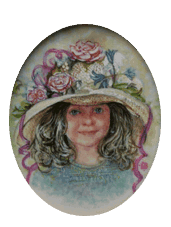 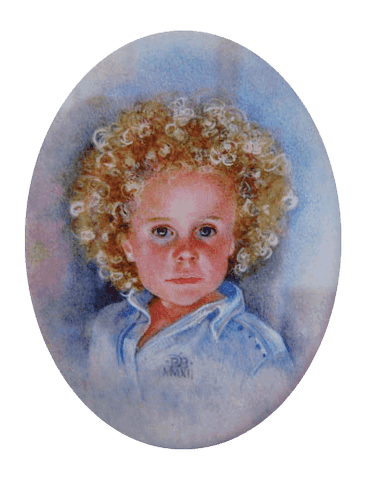 Girl by a Window
Pauline Denyer Baker has always lived and worked in Sussex. A Talent for portraiture was first recognized at school, at the age of eleven. After studying Fine Art and Design at Brighton College of Art, she studied Fashion Design in London at the Royal College of Art and graduated in 1965. Pauline worked as a Fashion designer and visiting tutor at several art schools, until she rediscovered portraits in miniature on a leisure course at West Dean College Sussex.
Her first miniature portrait, Girl in Denim, was hung at the royal Academy Summer exhibition in 1989. Her work has been exhibited there regularly since then, mostly portraits, some still life, in both oils and Watercolour. A miniature portrait of Sam, in oil was hung in 2005.
In 2002 at the Miniature Arts Society in Florida, she won an award for the best Traditional Miniature Portrait, and again in 2007, for the Girl by a Window. Her work has also been awarded for excellence at The World Exhibition of Miniatures in 1995 (London) and 2004 (Washington)
Pauline Accepts portrait commissions in Watercolour and oils, specializing in those of children. Recent commissions include the Earl of Buchan and ten portraits of the Handcock family, for presentation at special anniversary. Other works are in collections in England, Europe, Australia, America & Canada.