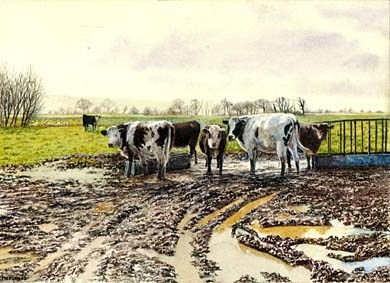 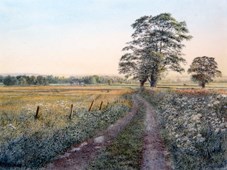 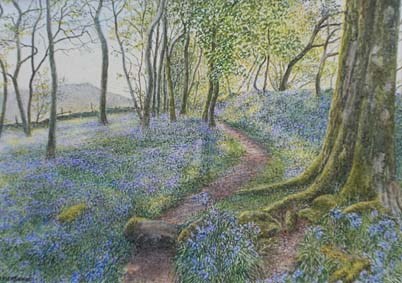 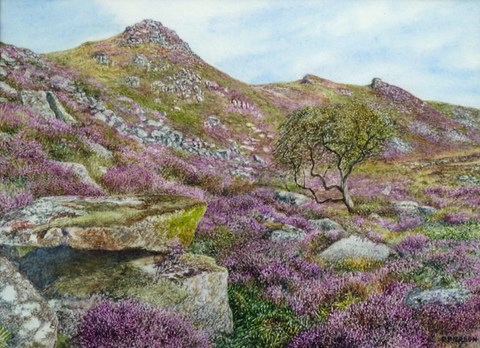 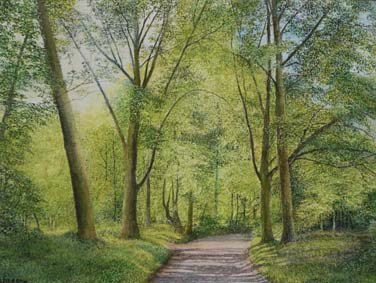 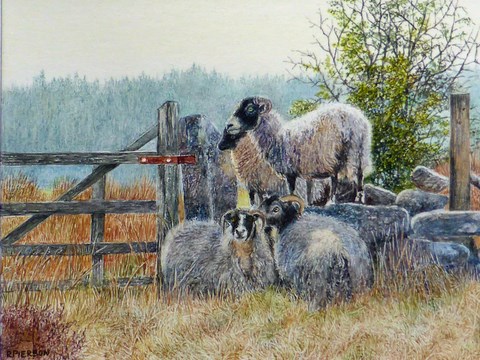 Rosalind has always enjoyed painting very small, and her time at the Ruskin School of Drawing and Fine Art, Oxford, did little to change her preferred size. The success of her first solo show encouraged her to follow up with a second show,  by which time she had  almost ceased to paint anything but miniature watercolours. In the first few years she achieved significant success, exhibiting at the Royal Academy  in1974 and ’77, and winning Silver and Gold medals at the Paris Salon in ’78 and ’81. She was elected a full member of the Royal Miniature Society in 1979.
A solo show at the Burwood Gallery in Wells led to her meeting Sue Burton, gallery owner, who became an enthusiastic admirer of miniature art, visiting the Royal Miniature Society’s annual show on several occasions. It was after one of these visits that Sue and Rosalind conceived the idea of an art society based in Wells to promote miniature art in the Westcountry. The Hilliard Society was named after Nicholas Hilliard, famous miniaturist, who was born in Exeter, and the Society celebrated its thirtieth birthday in 2012.
Rosalind has won numerous awards in UK and America, and is a a member of the Miniature Art Society of Florida, and a Signature Member of Miniature Artists of America.
Her work can be seen at the Mayflower Galleries, Tavistock;  Elford Fine Art, Tavistock; Llewellyn Alexander Gallery, London .